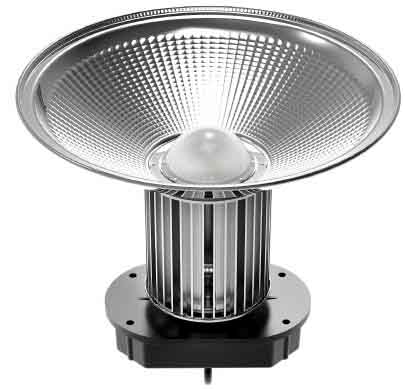 LED heating problem
Like traditional light sources, semiconductor light-emitting diodes (LEDs) also generate heat during operation, the amount of which depends on the overall luminous efficiency. Under the action of external electric energy, the radiation of electrons and holes recombine to produce electroluminescence. The light radiated near the PN junction also needs to pass through the semiconductor medium and packaging medium of the chip itself to reach the outside (air). Comprehensive current injection efficiency, radioluminescence quantum efficiency, chip external light extraction efficiency, etc. In the end, only about 30-40% of the input electric energy is converted into light energy, and the remaining 60-70% of the energy is mainly converted into heat energy in the form of lattice vibration generated by non-radiative recombination.

Heat management is the main problem in high-brightness LED applications
Because the p-type doping of group III nitrides is limited by the solubility of Mg acceptors and the higher starting energy of holes, heat is particularly easy to generate in the p-type region, and this heat must pass through the entire structure to dissipate on the heat sink;
The heat dissipation pathways of LED devices are mainly heat conduction and heat convection;
The extremely low thermal conductivity of the Sapphire substrate material causes the thermal resistance of the device to increase, resulting in a serious self-heating effect, which has a devastating effect on the performance and reliability of the LED device. 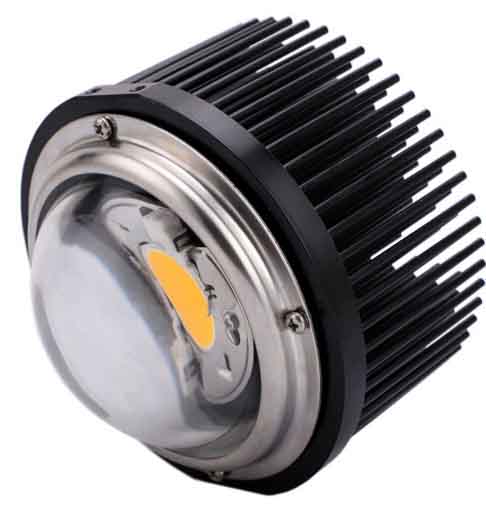 The effect of heat on high-brightness LED
Heat is concentrated in the small-sized LED chip, and the temperature of the LED chip rises, causing non-uniform distribution of thermal stress, and the chip's luminous efficiency and phosphor lasing efficiency decrease; When the temperature exceeds a certain value, the device failure rate increases exponentially. Statistics show that for every 2°C increase in component temperature, reliability decreases by 10%. When multiple LEDs are densely arranged to form a white light illumination system, the problem of heat dissipation becomes more serious. Solving the problem of heat management has become a prerequisite for high-brightness LED applications.

The relationship between LED chip size and heat dissipation
The most direct way to increase the brightness of the power LED is to increase the input power, and in order to prevent the saturation of the active layer, the size of the p-n junction must be increased accordingly; Increasing the input power will inevitably increase the junction temperature, thereby reducing the quantum efficiency. The increase in the power of a single tube depends on the ability of the device to extract heat from the p-n junction, and the maintenance of the existing chip material, structure, and packaging process. Under the constant current density on the chip and the same heat dissipation conditions, if the size of the chip is increased alone, the junction temperature will continue to rise.