Composition of water-cooled radiator system The water cooling system is generally composed of the following parts: heat exchanger, circulation system, water tank, water pump and water, and heat dissipation structure can be added as needed. Because of its physical properties, water has no better thermal conductivity than metal (the cooling of the fan is through the heat conduction of metal). 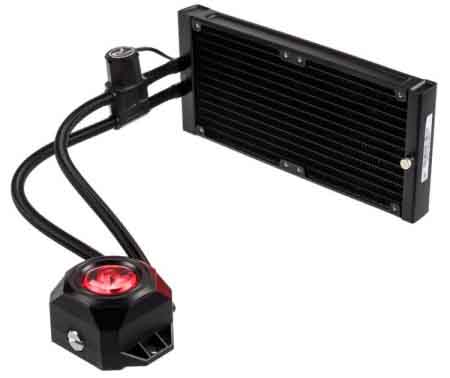 Composition of water-cooled radiator system
The water cooling system is generally composed of the following parts: heat exchanger, circulation system, water tank, water pump and water, and heat dissipation structure can be added as needed. Because of its physical properties, water has no better thermal conductivity than metal (the cooling of the fan is through the heat conduction of metal). However, flowing water will have excellent thermal conductivity, that is, the heat dissipation performance of a water-cooled radiator is directly proportional to the flow rate of the heat dissipation fluid (water or other liquid) in it. The flow rate of the refrigerant fluid is related to the power of the water pump in the refrigeration system. Moreover, the heat capacity of water is large, which makes the water-cooled refrigeration system have a good heat load capacity. It is equivalent to 5 times that of the air-cooled system, and the direct benefit is that the working temperature curve of the heating element is very flat. For example, a system using an air-cooled radiator may experience a temperature spike in a short period of time when running a program with a heavy CPU load, or it may exceed the CPU warning temperature. The water-cooled heat dissipation system has relatively small thermal fluctuations due to its large heat capacity. 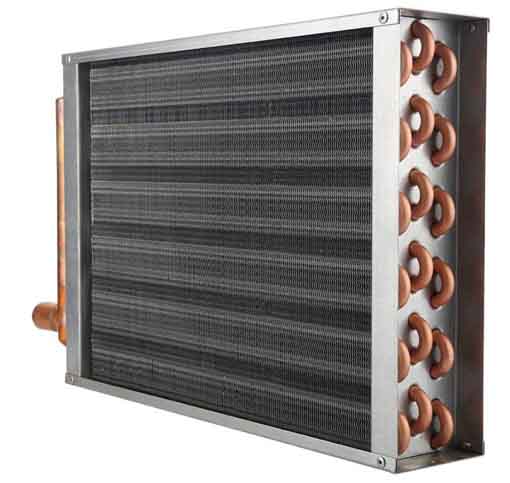 Classified by installation method
From the perspective of the installation method of the water-cooled radiator, it can be divided into two types: built-in water cooling and external water cooling. For built-in water cooling, it is mainly composed of radiator, water pipe, water pump, and sufficient water source. This is doomed to most of the water cooling system "volume" large, and requires enough space inside the chassis. As for the external water-cooled radiator, because the cooling water tank and the working components such as the water pump are all arranged outside the case, it not only reduces the space occupation in the case, but also achieves better heat dissipation effect.

The development of water-cooled radiators
When it comes to CPU water cooling, it goes back to the last century. As early as 1998 and 1999, Taiwan began to popularize CPU water cooling. DIY uses its own conditions to produce a variety of water-cooled CPU water-cooled systems, but most of them are based on open structures. From DIY's point of view, the CPU at that time was already a monster of "huge heat generation".

The production of water-cooled radiators in China was relatively late, and most of them focused on personal production level. There have been several water-cooled radiator products produced and sold, such as CoolMax from Hangzhou Zhongyu. Among them, CoolMax water cooling already has decent packaging and accessories, and it has also taken actions in publicity. However, due to the limited market response, these products disappeared from the market in a short time.

Compared with the old water-cooled radiator, the principle of the new generation of water-cooled radiator has not changed, but the manufacturing process has been greatly improved. Most of them focus on fully enclosed designs, and there are fewer and fewer differences between personal DIY works in the Mainland and Hong Kong and Taiwan, which has nothing to do with the promotion of the Internet. The water-cooled radiators of the last century were mainly concentrated in a few enthusiasts who could access the Internet. With the popularity of the Internet, more and more capable people and righteous people have appeared. The scope of the industry extends far beyond the computer and related industries, and there are countless friends who are proficient in metal processing. Making this kind of water cooling radiator is more convenient, more beautiful, practical and reliable. In addition, more and more friends who like water cooling can express their opinions in various forums, which also promotes the progress of water cooling radiator technology. Obviously, the Internet has promoted the advancement of water-cooled products, and at the same time laid the foundation for product promotion.

With the rapid development of graphics card technology, the GPU on the graphics card can already emit heat equivalent to that of the CPU, so the water-cooled radiator is no longer limited to the CPU. The water cooling of the graphics card, the north bridge, and the hard disk is also constantly pouring out, thoroughly allowing everyone to enter the new world of water cooling radiators.

The development status of water cooling radiator
The gap between mainland water-cooled radiator products and Taiwan and foreign products
Although China's water-cooled radiator products have made rapid progress, they are still only at a level that is basically acceptable. The most critical factor is the right price, generally between 100 and 500 RMB, not more expensive than high-end air-cooled radiators. But the effect is usually unmatched by the most expensive air cooling. However, there is a clear gap between the products and the products of regular foreign manufacturers such as South Korea and the United States in terms of processing precision, matching rationality and protection safety. Of course, this is related to the limitations of the domestic market. After all, the liquid cooling system has not yet formed a climate. In addition, overclocking is only a very small part of many computer users, and the demand is far from reaching the point of large-scale production, so the price of the product will not change much.